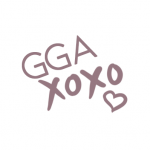 Valentine’s Day, February the 14th, is approaching so we thought we would look into the history, and how its celebrated. It is a day to show the ones you love, whether they be your partner, friends, or family, how much they mean to you. In some countries the six days prior to Valentine’s Day are celebrated together with Valentine’s Day as the Valentine’s Week.

First with some of the history of Valentine’s Day. One popular credence was during the third century. A Roman Priest named Valentine believed in love, while in contrast Emperor Claudius II had forbidden wedlock due to his opinion that married men could not serve him well as they were weak warriors; he surmised Rome should be a man’s one and only love. Valentine felt this to be unreasonable so he ignored the rules and married couples defying his Emperor. Once this treasonous news was transmitted back to the Emperor, Valentine was thrown in jail and sentenced to death. Even after being handed his death sentence, Valentine found room in his heart for love, falling in love with the jailer’s daughter. It was told that Valentine wrote a love farewell letter, signed ‘from your Valentine’, moments before being taken to execution. Even today this romantic phrase ‘from your Valentine’ is traditionally used on greeting cards.

Tales of Roman and Greek mythology depicted the mischievous Cupid, son of Venus the Goddess of Love, to cause drama as he aimed his gold tipped arrow with precision to strike his victims in the heart resulting on them falling in love. Oh and Cupid accidentally shot himself with an arrow and fell in love.

In 1840, it is believed that the first Valentine card was made with traditional heart decorations, lace and a handwritten heartfelt message exchanging love.

Today the traditions of Valentine’s Day are seen in many countries around the globe.  Celebrating Valentine’s Day has become popular in Australia and the 14th of February is a day to convey love messages for couples, and some choose to extend this love for family and friends with social media greetings.

Valentine’s Day is also a popular day for marriage proposals and weddings with a traditional romantic theme.

In some countries around the world the week from the 7th to the 14th of February is a celebration of Valentine’s Week with each day having a particular meaning.

Starting the celebrations off, the 7th of February is the first day of Valentine’s Week, Rose Day, where people celebrate the romance and love of the rose.

On the 8th of February, Proposal Day, some couples choose this day to pop the question to the one they love.

The 9th of February, Chocolate Day, is the day to send family, friends and loved ones a delicious chocolate gift to show your appreciation.

Next brings the 10th of February, Teddy Day, where gifts of teddies are sent to loved ones.

With the 11th of February, Promise Day, comes a day where people make promises to each other about something meaningful.

The 12th of February, Hug Day, holds the day of sharing a hug and connecting with one another.

On the 13th of February, Kiss Day, a kiss from the one you love is all you really need.

Then lastly on the 14th of February, Valentine’s Day, a day to reflect your love.

We kind of like the idea of the mushy week of celebrating love, so enjoy Valentine’s this year. 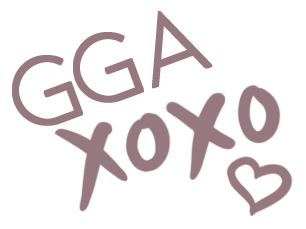